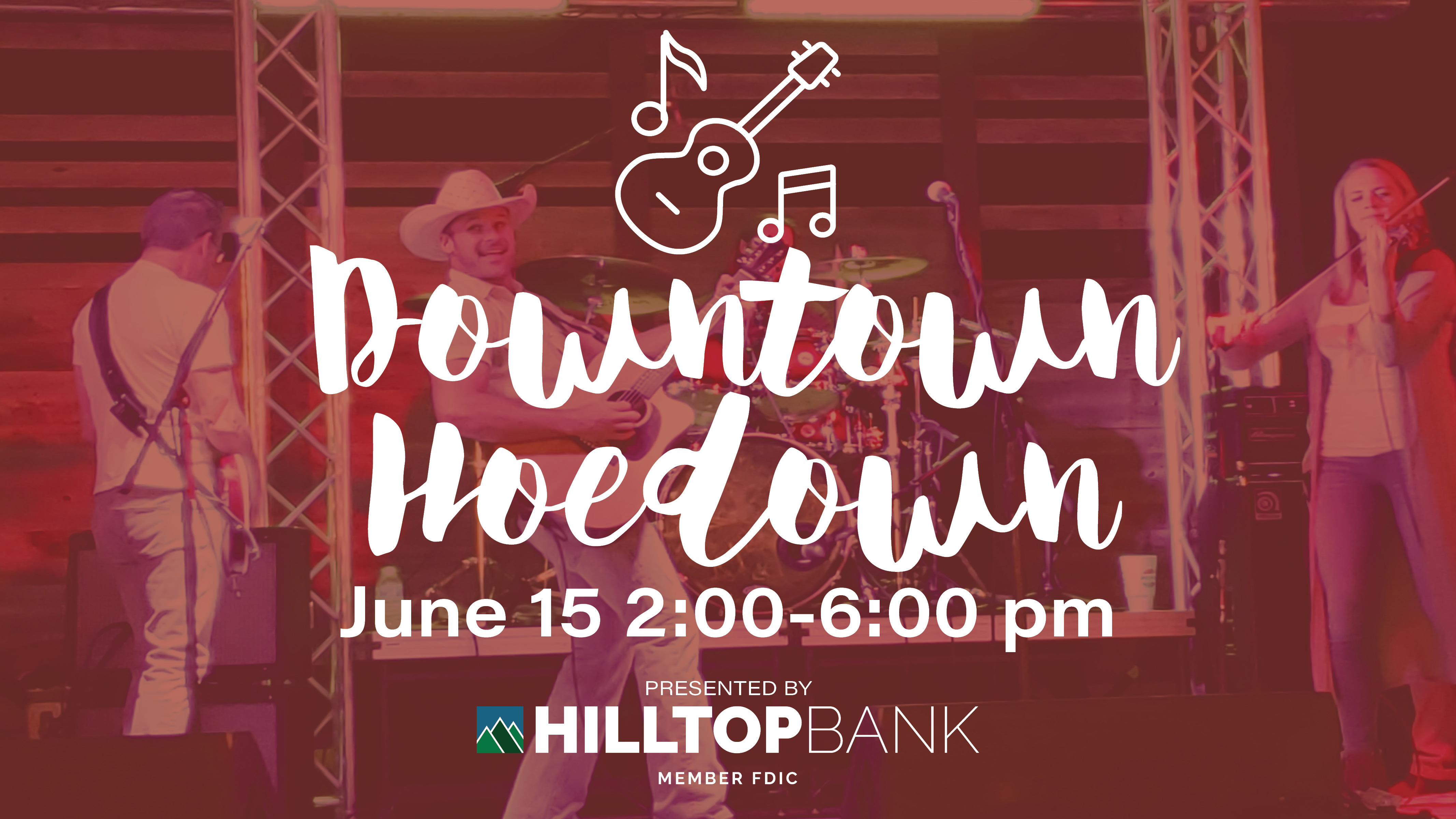 Join us as we kick off the summer concert series presented by Hilltop Bank with a Downtown Hoedown! Enjoy a pre-party to celebrate the College National Finals Rodeo, with live country music, mechanical bull riding, food trucks, and beer!

You won’t want to miss out as we say hello to the summer season!